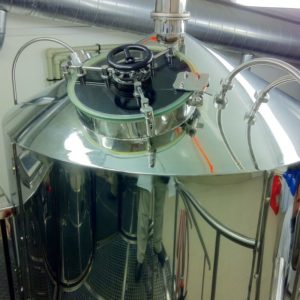 Wort brew machines QUADRANT are the main components of the microbreweries BREWORX QUADRANT. The machine for preparation of wort QUADRANT has a practical industrial design which is typical for European small and medium-size breweries. All components that are necessary to production of wort are integrated to four specialized tanks. Some tanks ensures several functions and some are dedicated only for one function. In comparation with the TRITANK wort brewing machine the QUADRANT machine includes the second wort boiling tank to speeding of the brewing cycle and allowing production of three up to four wort batches per day. This type of the wort brew machine is able to produce from one to three batches of wort per day using the decoction method, if malt is used for the brewing, or up to four batches of wort per day, if malt extract is used instead malt, or if the infusion brew method is used instead the decoction. We produce this machine of stainless steel. The design of the machine is maximally tailored to the requirements of the high efficiency of the wort production, while maintaining its good ergonomics of work. 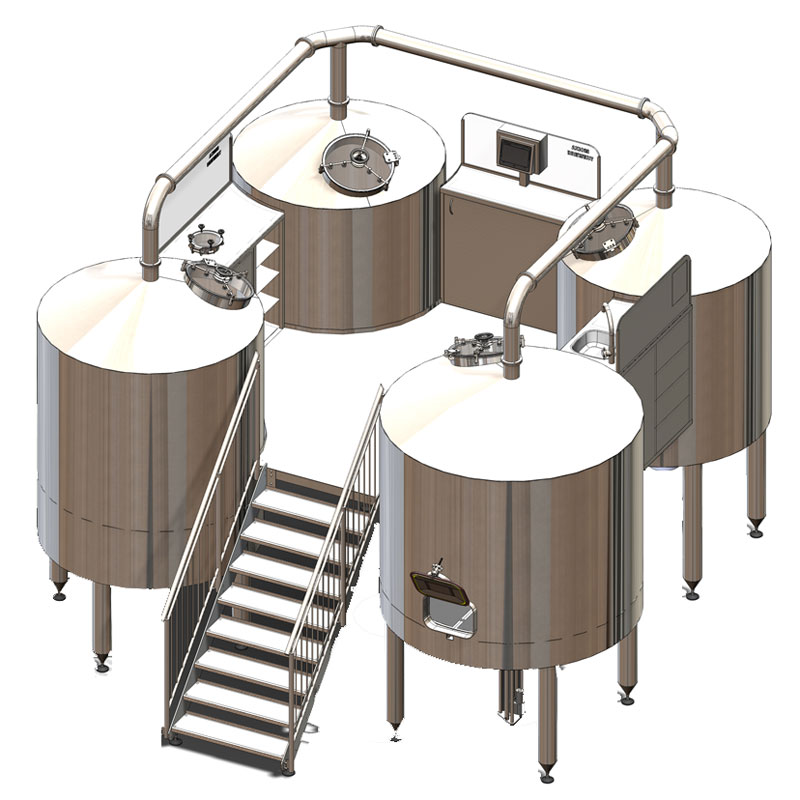 The wort production machine (brewhouse ) BREWORX QUADRANT 500MR (this model is a special version to production wort from malt, rice, hops and water) is an industrial compact food machine which includes all necessary equipment to production 550 liters of wort (it is an optimal volume for production approximately 500 liters of beer) in one boiling batch from malt (or malt extract or wort concentrate), rice, hops and drinking water.